Exploratory data analysis is important, everybody knows that. With R, it is also easy. Below you see three lines of code that allow you to interactively explore the Preston Curve, the prominent association of country level real income per capita with life expectancy.

After running these three lines of code (OK, four if you have to install the ExPanDaR package first), a shiny window will open, allowing you to explore a country-year panel of World Bank data and looking something like this. 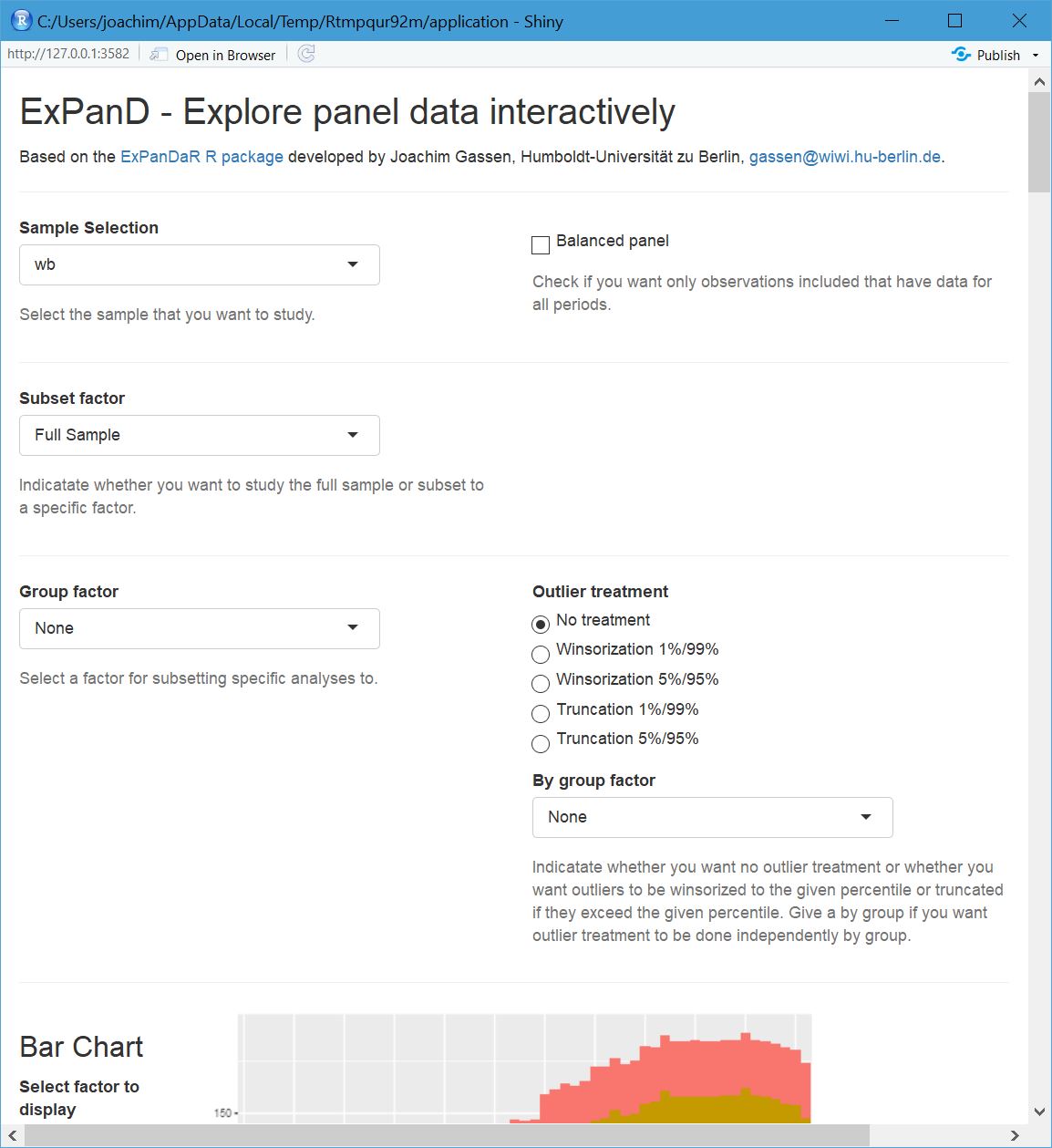 If you do not have access to R, you can also access a version online. Explore away! When you scroll down, you will notice several issues: 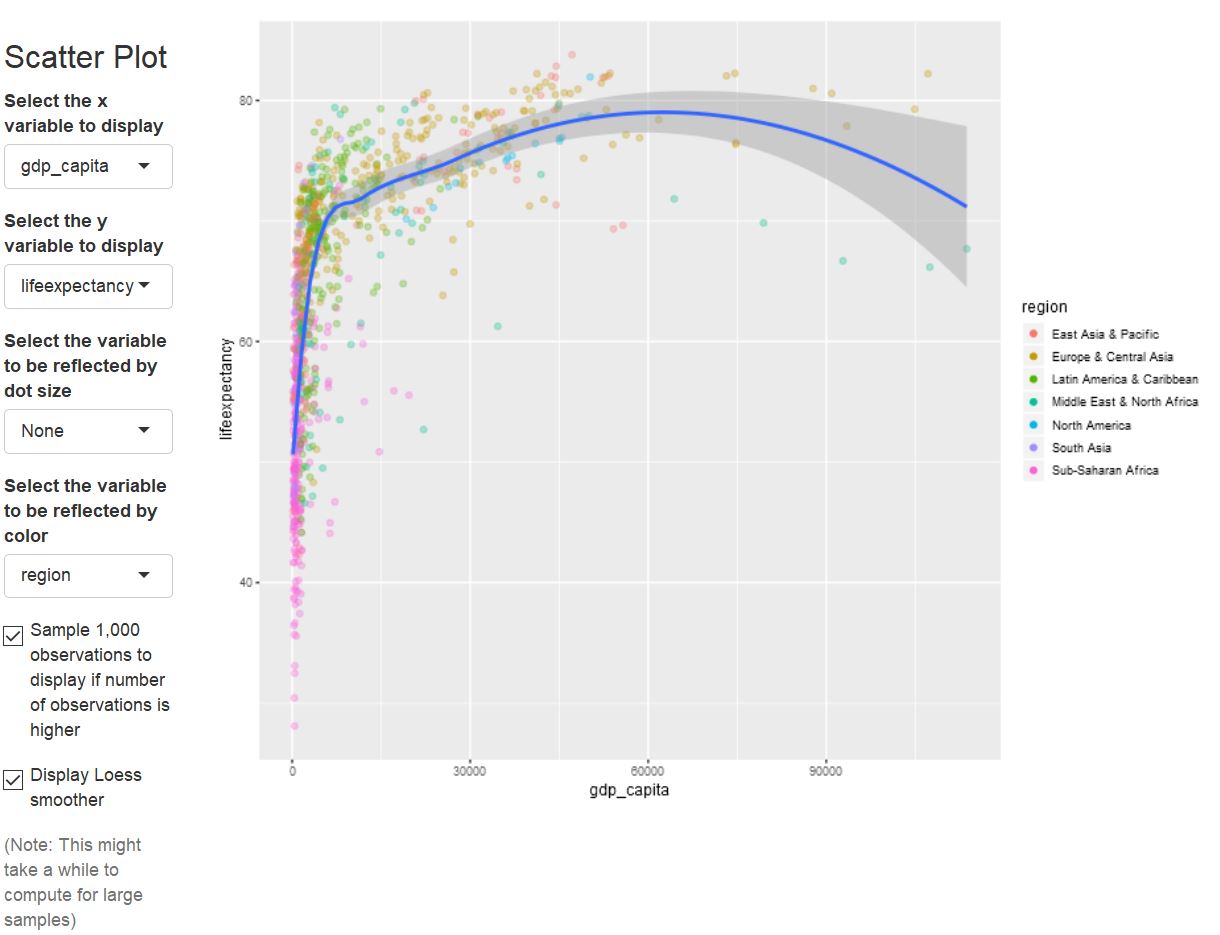 Preston Curve, as displayed by ExPanD

The regression results below the scatter plot document the positive association between real income per capita and life expectancy. But, when you look at the scatter plot carefully and hover over it with your mouse to identify observations, you will likely notice that countries seem to have their unique development patterns. This calls for the inclusion of country-level fixed effects in the regression. 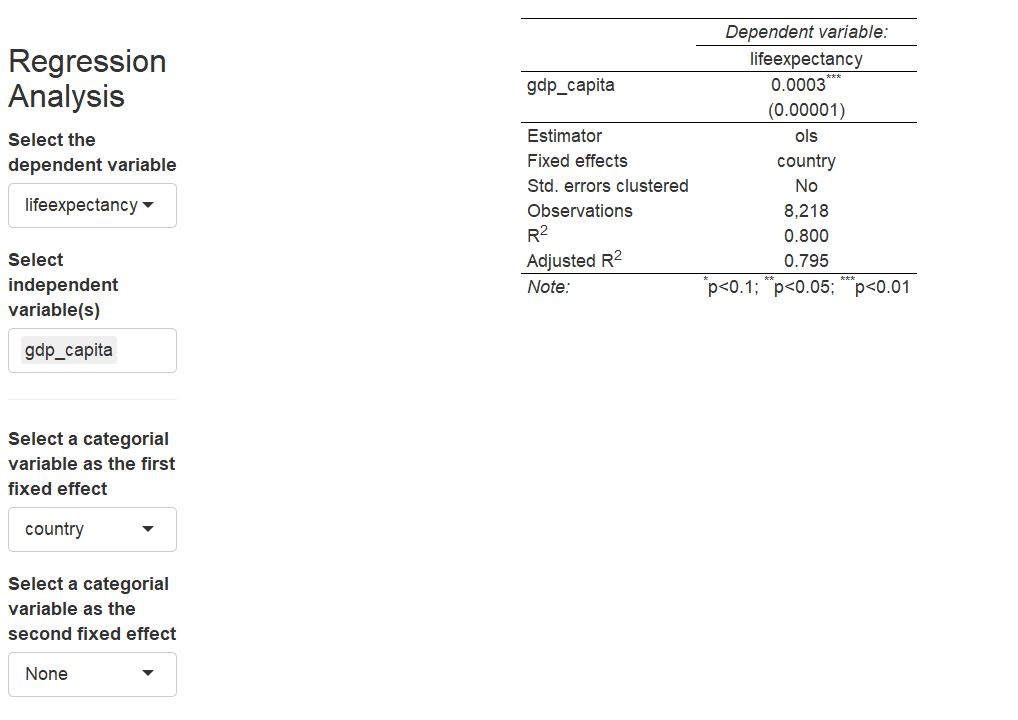 The association of real income with life expectancy is still there. But will it continue to hold when we allow life expectancy to follow a world-wide time trend? As medical advancements affect multiple countries more or less concurrently, this seems important to test. Let’s throw in some year fixed effects as well. 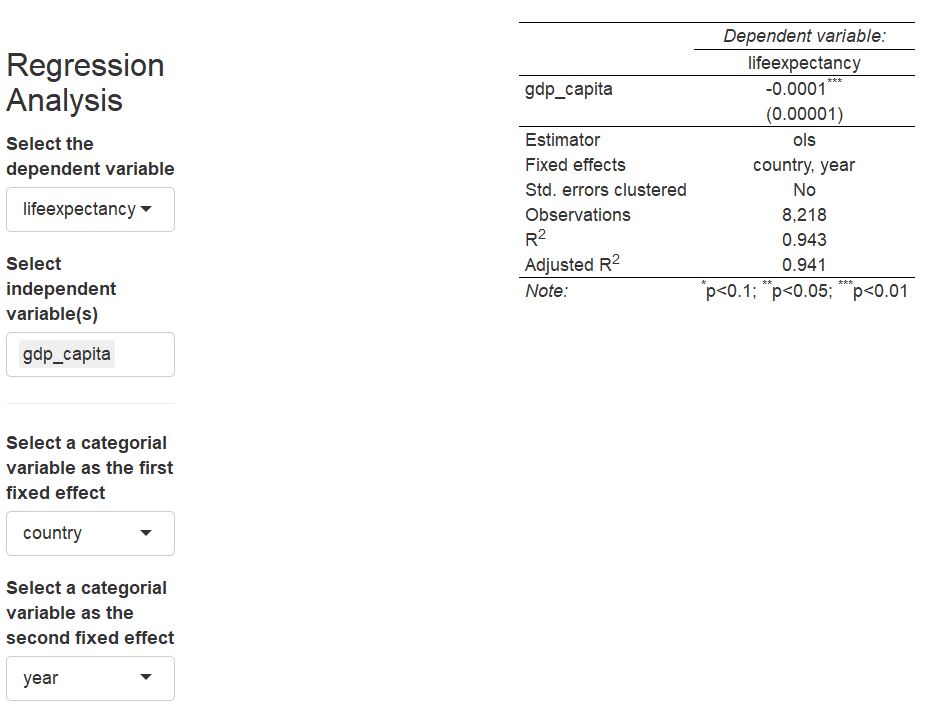 All this can be reached with three lines of R and some clicks. If you are interested to explore the Preston curve and the functions behind my ExPanDaR package in somewhat more detail, you can take a look at this kaggle kernel.

But hey, you might ask, I do not work with panel data, so why should I care? Well, while I developed the ExPanDaR package for panel data, you can squeeze it to use it on plain cross-sectional data. See below for a classic example:

If you want to dive into the ExPanDaR package a little it more, here is its github page. It also contains the code to generate the data used here as well as the additional steps to generate the online version, including data definitions and a customized landing text for the ExPanD app.